EFCC to Saraki: “You Are Not Above The Law” 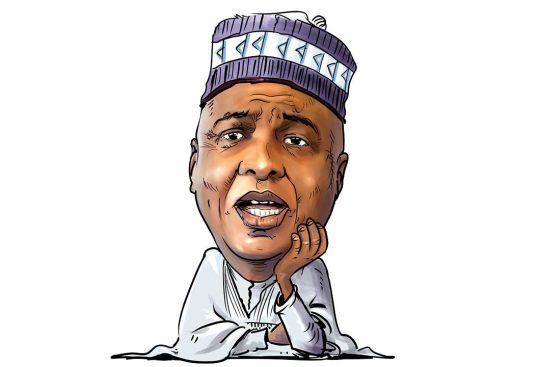 The Economic and Financial Crimes Commission (EFCC) has stated that the Senate President Bukola Saraki is not above the law as the anti-graft agency commences investigations into his financial dealings.

Tony Orilade, the acting spokesman of the EFCC, In another statement said the former Governor of Kwara State and Senate President had no need to worry as long as he had no skeletons in his cupboard. He said the EFCC had taken note of the reactions of Saraki to the Commission’s inquiries regarding his earnings as Kwara State governor as well as on the quality of his financial stewardship in the Senate. Saraki, on Tuesday in a statement by his spokesman Yusuph Olaniyonu, had asked the EFCC to stop the witch-hunt against him.

Saraki reacting to EFCC’s letter to the Kwara State Government, demanding details of salaries, allowances, estacode or any other entitlement enjoyed by the Senate President during his tenure as Governor of Kwara State between 2003 and 2011. Orilade said of Saraki’s statement, that whilst it was his prerogative to state his views on the matter, the Commission took exception to attempt to smear its investigative activities by portraying Saraki as a victim of persecution.

He said, “the Agency finds the attempt by the Senate President to tie our inquest to his International Human Rights Commission, IHRC appointment and his approaching life out of power as misleading.”

He went further to say that, “The EFCC is obligated by law to enthrone probity and accountability in the governance space and has supremely pursued this duty without ill-will or malice against anyone.” “Indeed, all the instances in which the EFCC have had cause to sleuth into his financial activities, either as a former governor or President of the Senate was driven by overarching public interest and due process of the law,”he added.

He noted that given the number of indicting petitions and other evidence available to the EFCC, even Saraki will agree that putting him through legitimate forensic inquiry is the legitimate route to establish his integrity as a public servant.

This site uses Akismet to reduce spam. Learn how your comment data is processed.